You are using an unsupported browser. Please update your browser to the latest version on or before July 31, 2020.

This article is a list of all the not-designed-for uses that we have definitely deemed as the risky stuff. Using any of the exploits on this list is strongly discouraged, and if you do use them, it should be with the understanding that sooner or later what you built is going to stop working.

Importantly: if something is not on this list, that does not guarantee it's safe--it might just mean that we don't know about it yet (please tell us). We strongly encourage you to use your judgment. If you're using tools, props, gadgets, chips, etc. in a way that seems really "janky" or "roundabout," then please consider it to be "risky." That means maybe you can use it--but please think twice before you sink too much time into building a Room that completely depends on it. When in doubt, ask us!

We respect that these exploits fill a need that builders have that isn't yet covered by the tools we've made for you. Please share and discuss your creative tools requests on our canny.io board, on Discord, and at our community AMAs and Q&As. 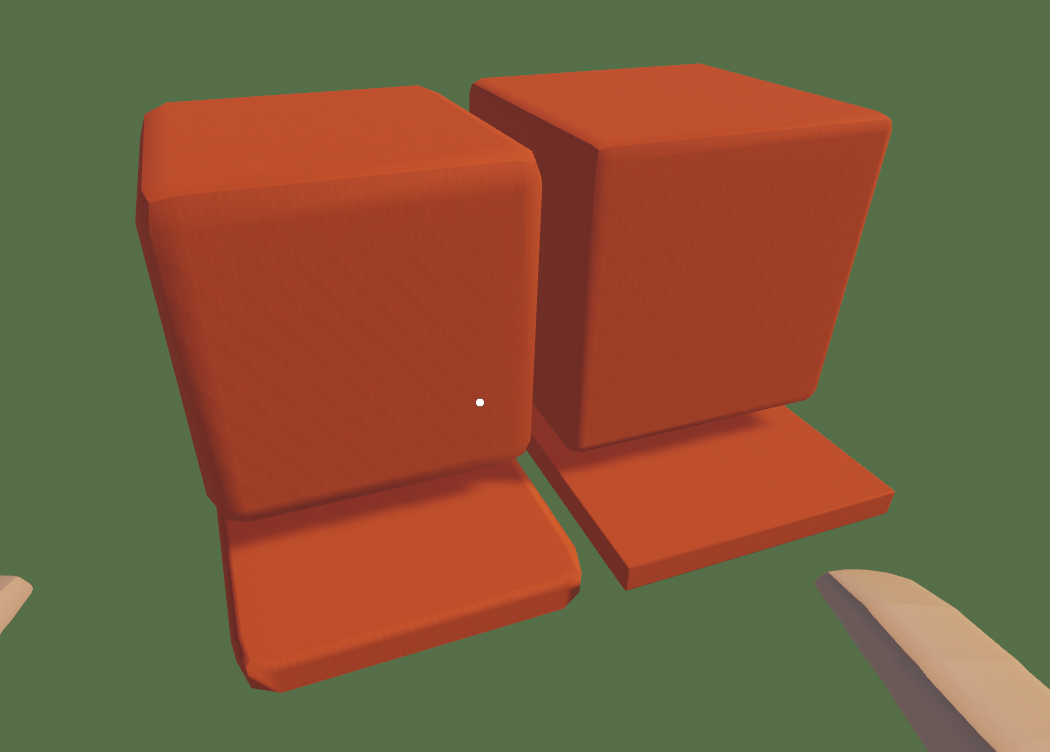 We updated how shape bevels work in March 2019. Since then, the new bevel style has been used by all shapes drawn by the maker pen. However, it has still been possible to save objects containing shapes with the old bevels using the Invention system, and builders have continued to spawn and use the old shapes that way. These shapes were intended to be deprecated, and we don't guarantee that they'll continue to look and work the way they do now. We advise creators to stop using these shapes in new Rooms and Inventions.

We don't know yet what to expect for what will happen to these shapes in the future. We do expect that the shapes won't change in a way that causes Rooms made before March 2019 stop working. But we can't rule out the possibility that these old shapes will start to look different, or maybe render differently. The changes we've made to lights and shading over the years are a good analogy: old things may end up with a slightly different look overall, but should still work the same.
We recognize that builders have chosen to use these old shapes because they are the best tool to meet the kinds of needs they were used for. In the short term, we don't plan on any kind of direct replacement tool for getting those bevels. But in the long term, we're hoping to provide tools that are generally more powerful for getting the shape and look builders want for their 3D art. 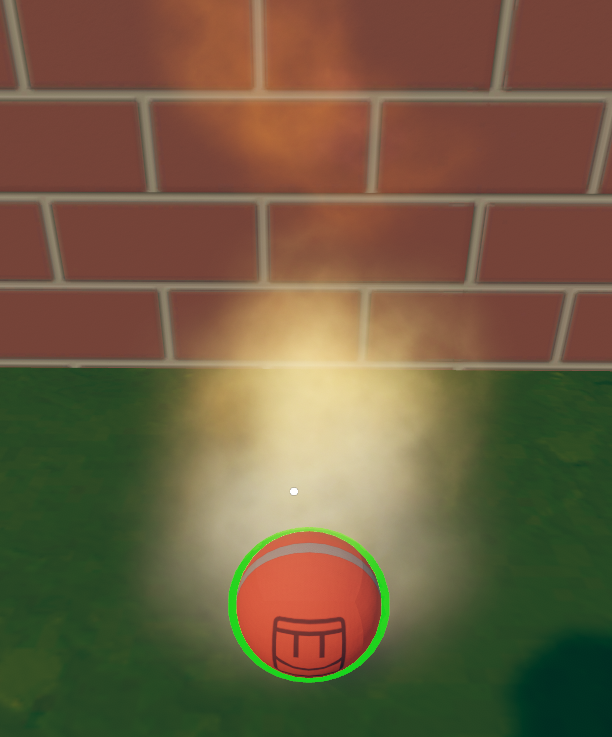 A dodgeball attached to an Animation Gizmo and grabbed can stay in place and emit a fire particle effect that's not available in the Emitter gadget. This behavior may break in the future if there are changes to object physics, the Animation Gizmo, or the Dodgeball prop. We appreciate creators' desire for more fire emitter effects. Additions to the Emitter gadget are planned, but this specific particle effect will not be included.

When a Trigger Volume and an Environmental maker pen object are attached together via Gizmo, the Trigger Volume updates its position more sluggishly than the Environmental object. This means that at some speed threshold, the two objects will collide with each other, and the Trigger Volume's pins will fire. This behavior will break in the relatively near future with planned changes to object behavior. The good news is, Circuits V2 already supports this functionality.

Spawner Gadgets can be added to Circuit Boards. This is not intended behavior, and it has the potential to cause issues. This might save a little Ink for the time being, but it's not worth it! We'll be fixing this as soon as we get a free moment, and that might break your gadgets or throw a wrench in your Room project.

Transparency by Rich Text on Buttons 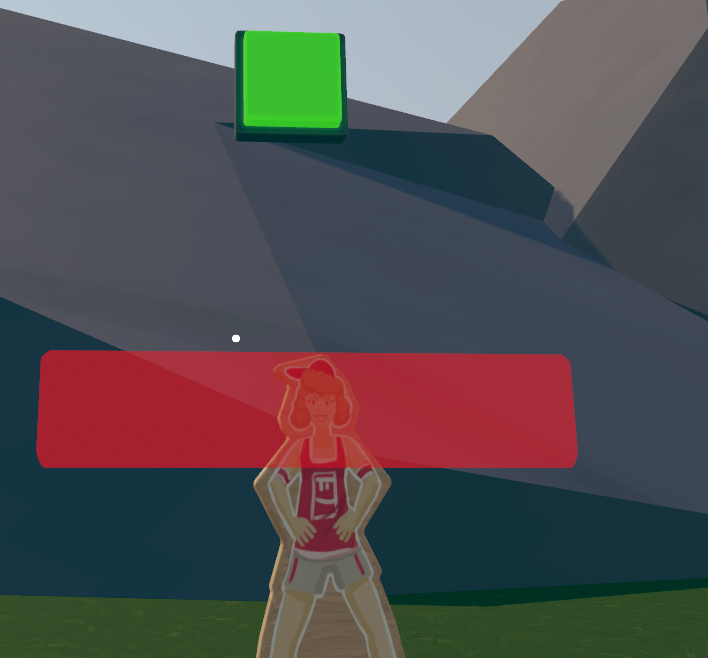 The Button and Sign props were not intended to support Rich Text input, but builders discovered long ago that this can be exploited to create 2D surfaces with lots of colors, and even transparency. We have since added an official glass prop and have removed the method to create more rich text transparency.

As for the Buttons that currently exist for this exploit: we're going to make our very best effort to preserve them functioning. We are very aware of (and very grateful for) the really awesome ways this exploit has been put to use as part of great experiences in Rec Room, and we want those to keep working. But, that's not a guarantee--we don't know yet how difficult it might be to make that happen, and there's always a small possibility that it can't be done without breaking something else. Therefore, continuing to use this exploit does involve some risk. We recommend to creators to go back to existing rooms that utilize rich text glass and swap it out for official glass if possible.
One more note about Rich Text: it also supports selection of colors outside of the Maker Pen's color palette. When we eliminate use of Rich Text, we don't plan on providing an alternative way to create those colors.

Other Uses of Rich Text

Rich Text can be used for some other functions beyond transparency, all of which are unsupported and will be eliminated eventually. Replacement functions won't be provided for other uses of Rich Text. This includes making certain 2D symbols appear.

Developing Rec Room is an art as much as it is a science.

When we're developing the creative tools that you all use, we only have a basic idea about how you all will use them in practice. Some of the best things that have been created in Rec Room have been amazing examples of lateral thinking and creative problem-solving--and we don't want that to stop!

We encourage pushing the boundaries of the tools we provide. But we also advise respecting those boundaries. These two things can absolutely be done at the same time! Learning that balance is part of the art that you all practice. In fact, it works the same way in lots of creative fields, and definitely in software development--Rec Room is a great place to learn these lessons!

Sometimes after creative tools are released, we discover that the community has started using them in ways for which they were not designed. Most of these uses are harmless! Some of them are not.

Sometimes these "not-designed-for" uses can lead to performance issues and bugs. But mostly the problem with them is this: Rec Room is always changing, but the design principles we use do not. When we change tools, the only thing we can be sure won't change is what we designed them to do. Logically, this means that if you're using tools for something they weren't designed to do, then we can't be sure--and you can't be sure--that they won't stop working.

Feedback
45 out of 55 found this helpful